Happy Wednesday to you, too, Laura. But what’s up with this conference challenge thingy?

Awesome, I’m glad you asked! Okay. Let me explain. See, Larissa, Susan, Chiêu Urban, (our fabulous new co-blogger, more on that later,) and I would love to invoke more of an interactive, community feel to the blog. So to get the ball rolling, we came up with the Eight Week Writing & Illustrating Challenge that will end before the March 31st “Rx for Children’s Book Creators:  Getting Your Stories Right” Conference!

Once a week, we’re going to post a challenge for both writers and illustrators. Some will be silly. Some will be hard. Some will make you curse our names out loud. But all will (hopefully) take less than an hour to complete and maybe even help improve your writing, give you inspiration or push you out of your comfort zone.

Cool. Why should I do them?

Um . . . like I said, to help improve your writing, give you inspiration or push you out of your comfort zone.

No. Really. Why should I do them?

Okay, okay. Those who complete the challenges will get raffle entries for a super awesome delectably stuffed goodie basket full of writing supplies and signed books, including a Beauty Shop for Rent hardback and Just Flirt arc by me! The winning ticket will be pulled at the March 31st conference.

– Completing FOUR of the EIGHT challenges will earn ONE entry.

– Completing SIX of the EIGHT challenges will earn TWO entries.

Nice! So, what are the rules? And do I have to submit my work because I’m kind of shy.

No, shy person, because we love and trust you, we’re doing this strictly by the honor system. You don’t have to submit your work unless you’d like to share with the class. It’s completely up to you. You are required, however, to leave a comment in the challenge post saying you have completed the task for the entry to count.

But what if I’m only going to the July conference and not the March?

That’s cool. If your name is pulled on March 31st, we’ll bring it to the July conference. Just be sure to let us know beforehand. And if you’re not able to go to either, you can also make arrangements with a friend.

What if I’m too busy this week? Can I do two next week?

All that matters to us is that you do them honestly and completely. If that means playing catch-up, it’s fine with us! But you still must leave a comment in the original challenge post. (Links will be provided in each challenge.)

What if I’m a writer and illustrator, how many entries would I get if I did eight writing and eight illustrating challenges?

Dude. If you did that many, you totally rock and get six entries. (For you non-drawing writers like me, stick figures do not count! ;))

Okay, cool, so when are we going to start, already?

Fact: Thomas Edison did more than 11,000 experiments before finally discovering the carbon-impregnated filament that led to the first electric light bulb. 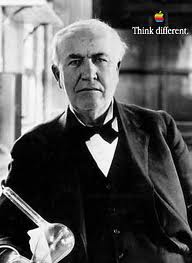 Fact: Oprah Winfrey lost one of her first jobs as a news anchor. 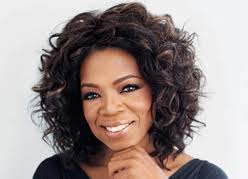 So, what do these examples of famous “failures” have to do with writing?

Because for some writers–hello, like me–we are often paralyzed with the Fear of Failure.

Raise your hand if you’ve ever had the following thoughts: 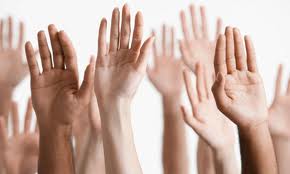 This book idea is stupid.

Why am I wasting time writing this horrible scene that will only be cut?

[Insert Name] is such a better writer than me.

This book will never sell.

What if I spend the next five years working on this story but it never sells and I become a crazy, insane person and my children petition for another mother and my fed-up husband leaves me for a Bob Evan’s waitress who won’t even give me a discount for their yummy banana bread?

Okay, maybe I’m the only one who’s had the last thought. 🙂

But when a writer allows these negative thoughts to take control, their creative process is hindered. They procrastinate. They spend their writing session staring blankly at the screen, drooling and pulling their hair out while pounding down peanut M&M’s, guzzling mass quantities of coffee, and using bathroom breaks as a way to hide from their computer.

So what’s the solution?

Accept your fear.  Unfortunately, there’s no magic wand that will *poof* make these negative thoughts disappear. Lord knows I’ve tried to make them go away, but they’re always there, lingering in the back of my mind, waiting for the opportunity to point out my every mistake, despite the fact that I’ve sold two books.

Refine your definition of “failure.” After all, it was Thomas Edison who said, “If I find 10,000 ways something won’t work, I haven’t failed. I am not discouraged, because every wrong attempt discarded is another step forward.”

A boring, uneventful scene that will be cut is not a waste of time. It’s a compass that will help guide you to the true premise of the story. A badly cast character who you know is not the best fit for the story is not a mistake. They are simply a stand-in until the perfect character introduces themselves. A horrible rough draft that is so not laying out the way you imagined is not a failure. It’s the framework of a house that will later be turned into a beautiful home with brick, windows, paint, and love.

So. What does this have to do with today’s challenge?

We want you to fail.

And when we say fail, we mean FAIL EPICALLY. Epically, totally, and completely.

Write a short, picture book rough draft that is the epitome of your every fear. Cliche characters. Senseless plot. Ridiculous story line. Stuff that would make an editor absolutely cringe and share it with the rest of the office for a good giggle. Let your hair down. Embrace your fear of failure and run with it.

And . . . you only have thirty minutes. Anything more than that and you’ll start thinking too much. You’ll over-anaylze. You’ll let those nagging fears in the back door.

For example, here’s the title of my Epically Horrible Picture Book:

The Epic Adventures of Ricky the Road Kill Rattlesnake.

And for you artsy folks, here’s your:

This is brought to you by the lovely Chiêu Urban, who is now an official co-blogger for As The Eraser Burns and will covering all sorts of great things for our regional illustrators, woo-HOO!!!

You have thirty minutes to draw Ricky The Road Kill Rattlesnake. 😉 Share if you dare and we’ll post it next week!

And finally, it seems very fitting to end this post with the moving speech given by JK Rowling, whose Harry Potter novel was rejected twelve times, at Harvard on the topic of failure.

“So why do I talk about the benefits of failure? Simply because failure meant a stripping away of the inessential. I stopped pretending to myself that I was anything other than what I was, and began to direct all my energy into finishing the only work that mattered to me. Had I really succeeded at anything else, I might never have found the determination to succeed in the one arena I believed I truly belonged. I was set free, because my greatest fear had already been realized, and I was still alive, and I still had a daughter whom I adored, and I had an old typewriter and a big idea. And so rock bottom became the solid foundation on which I rebuilt my life. You might never fail on the scale I did, but some failure in life is inevitable.”

JK Rowling’s Harry Potter is just one of many examples of famous books that have been rejected. Here’s ten more!

Good luck with the challenge, and don’t forget to leave a comment in this post in order to qualify for the raffle!

Laura is a writer, runner, reader, runDisney addict, blogger/vlogger at Write, Run, Rejoice and Joyful Miles, mom of two awesome boys, wife of one fantastic husband, excellent chili maker, and obsessive list keeper. She loves run-on sentences and adverbs. She also still thinks Spice World was an awesome movie and feels no shame about that.
View all posts by Laura Bowers →
This entry was posted in Writing & Drawing Exercises. Bookmark the permalink.